Not all marriages end on bad terms. If you and your spouse have chosen to divorce amicably and are focused on making the transition easy for your children, the dissolution of your marriage may not end up becoming a war between the two of you. However, irrespective of how good of terms you think you are with your former spouse, it is still imperative to hire a divorce lawyer. You could be under the misconception that bringing a lawyer into ending your marriage will complicate things, but this could not be further from the truth. On the contrary, not having a reputable lawyer represent you could make the entire divorce more complex than it could be! If you are co-parenting cohesively with your ex-spouse and think you do not need to hire a divorce lawyer, here is why you are wrong.

A divorce lawyer will prioritise all the essentials.

A mistake that some couples make when they feel they are in a good place with each other when going through a divorce is presuming that they will agree about everything down the line. But more often than not, this is untrue. If children are involved, it is best for their sake to have major decisions agreed upon from the onset rather than fight about them down the line once the divorce is final. A reputable divorce lawyer that has represented numerous clients already has an idea of the contentious issues that could crop up. Thus, they will ensure that these matters are settled beforehand rather than later. With a divorce lawyer, decisions about health care, life insurance, university fees, retirement benefits and more will be determined from the beginning and included in the settlement.

A divorce lawyer will draft and file your settlement agreement

It should be noted that simply agreeing on matters does not mean that you can go on with breaking up the marriage and not put the agreements on paper. For that reason, you need to hire a divorce lawyer to draft your settlement agreement to ensure that the decisions that have been made cannot be reneged upon. And if your ex-spouse does not stick to the agreement, then you can take legal recourse against them. Drafting this agreement is not merely about jotting down what you have talked about. Instead, the expertise of a lawyer is needed so that the terms are legally written and are stated clearly without any loopholes that could be taken advantage of. Once you are satisfied with the agreement, your lawyer then needs to file in time for it to be recognised by the court. 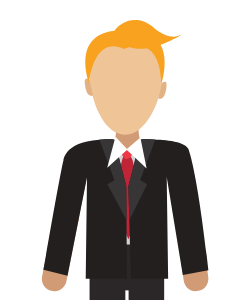 A Guide On Wills
1 December 2022
Have you written your will? The document details how you intend to bequeath your assets upon death. Below is a piece explaining the benefits of wills …

The Benefits of Conveyancing
23 August 2022
The change of a legal title of a house or land occurs through a process called conveyancing. This process encompasses a series of activities that ensu …

Can You Claim Compensation If You Are The Victim Of Crime?
17 May 2022
Most people realise that they can claim personal injury compensation if they are hurt in a car crash or may slip and fall at a business property. Yet …